October 1: review.
Movie title: October 1
Directed and produced: Kunle Afolayan
Rated: 18+
Initial release: October 1,2014
Genre: thriller
starring:Sadiq Daba, Kayode Olaiya, David Bailie, Kehinde Bankole, Kanayo O. Kanayo.
Budget: N330 million.
This movie produced and directed by kunle Afolayan is a vivid psychological thriller played out in a town called Akote western Nigeria.The movie takes its viewers to the pre-independent era of Nigeria.
The props is so rich and extremely detailed, i can almost smell the scenario.The production had fresh superb casting, exquisite costume, cultural display and characters were brought to life.
The themes shown in the movie includes the psychology of a killer, impacts of diversity in a community, relationship between the 'whites' and locals, language barrier and the evil in civilisation and western education.
It is a refreshing screenplay that diverts from the regular movies the Nigerian movie industry offers. The soundtrack was impeccable and the props were precise in depicting the era of the movie.
If you are looking to visit the cinemas you should totally see October 1.It is a highly recommended movie of the season.
With love,
Bibi l'amour. 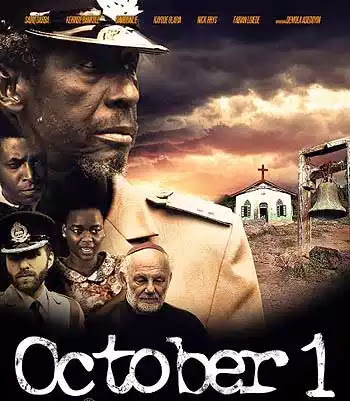