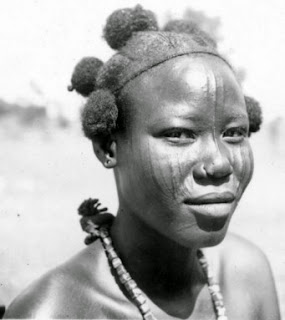 So the other day, I had this conversation with a driver at work;

D: madam, what state you come from?
B: Kwara state, why do you ask?
D: Nothing o, You lucky sha
B: Any problem?
D: you no get mark for face
B: What?? *laughing so hard*
D: girls from that side they get mark for face...


This conversation got me thinking, what if I actually had tribal marks? would I feel differently about myself? would I love and embrace it? or would I totally look for a way to get rid of it? The truth is, I have no idea how having tribal marks would make me feel.

There are different myths on how tribal  marks came to be, but the two main reasons were "beautification" and "identification". On the issue of beauty, I am like nah! Beautification indeed. maybe in the days of my parents, the girl with tribal marks got the man first or simply because beauty as a word is very relative. One man's food is another man's poison.


For identification, tribal marks were used during the civil war especially during migration. It was used by clans to differentiate themselves from other communities and in the case of kidnapping, marks were used to know where an individual belonged perharps they had the chance to return home.

I remember one girl when I was in high school, she had tribal marks. We all kept asking that how come she was the only one in her family that had, then she told use her sad story. Apparently, when she was a baby her parents left her with her grandma and before then got back "mama" had beautified the little baby with two small marks. It was the worst day of her mum's life. But I hope she has embraced it though. I know some people that has resulted to bleaching creams to remove their tribal marks, really pretty girls. God bless their hustle. 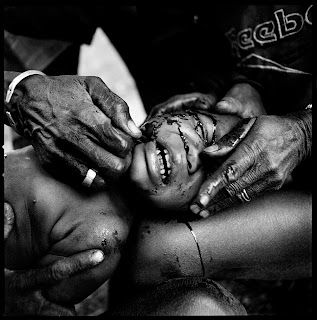 Photo credit: ThisisAfrica.me
There are different types of tribal marks, from Pele to Abaja to Gombo. Its a marking on the skin so its going to be so painful.The babies would probably cry, scream and bleed all through. Fortunately or Unfortunately (whichever), tribal markings has stopped as a result of modernization, different petitions against tribal marks by human rights activists actually helped. In fact, states in Nigeria has stopped tribal marking. For instance, Osun state government made a law that states" No person shall tattoo or make a skin mark or cause any tattoo or skin mark to be made on a child" 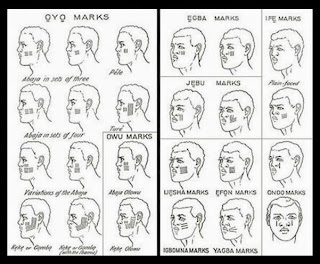 
Anyways, I don't know any young person from my place that has tribal marks, maybe this driver was just teasing me maybe not. Funny enough, modern day tattoo is very similar to tribal ones. The only difference is you choose what you want and the decision to have one is independent, except you are influenced by t alcohol and drugs as the case may be.


I like the faux tribal marks though, it just gives you an idea of what you should have looked like. It looks hilarious on movie stars. 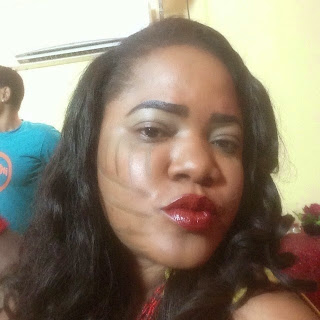 
"Tita riro la n kola, to ba jina tan, a d'oge"( marking the face takes a painful process, but once its done, it becomes a beauty to behold)- Prof Lanre Olutayo, University of Ibadan.http://tribune.com.ng/news2013/index.php/en/component/k2/item/12411-tribal-marks-in-modern-nigeria